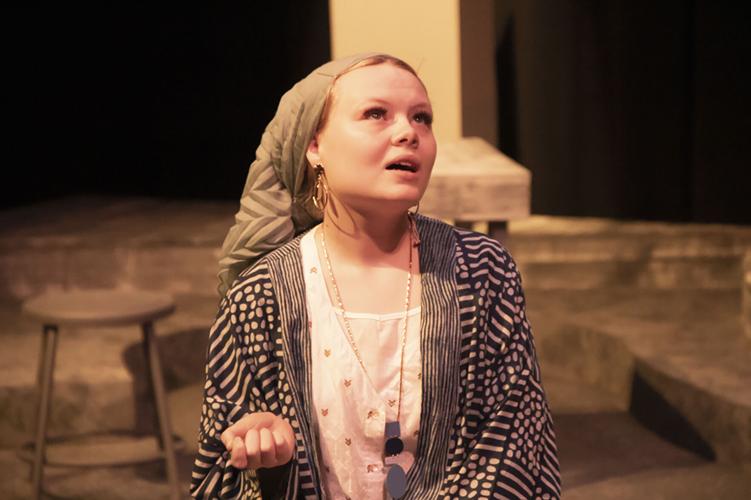 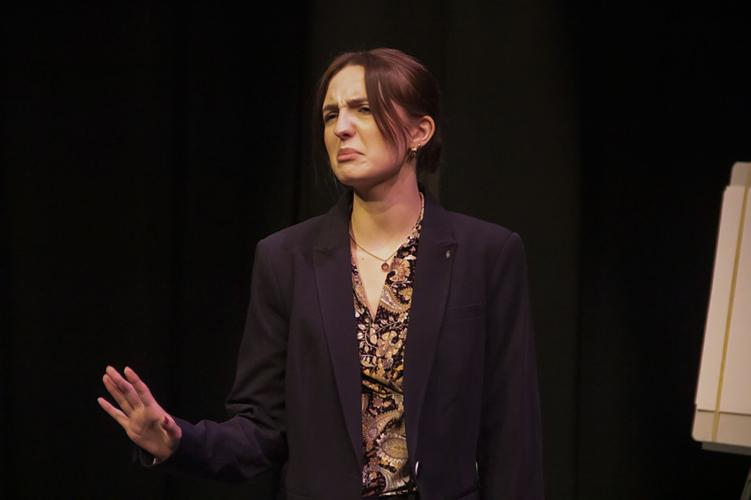 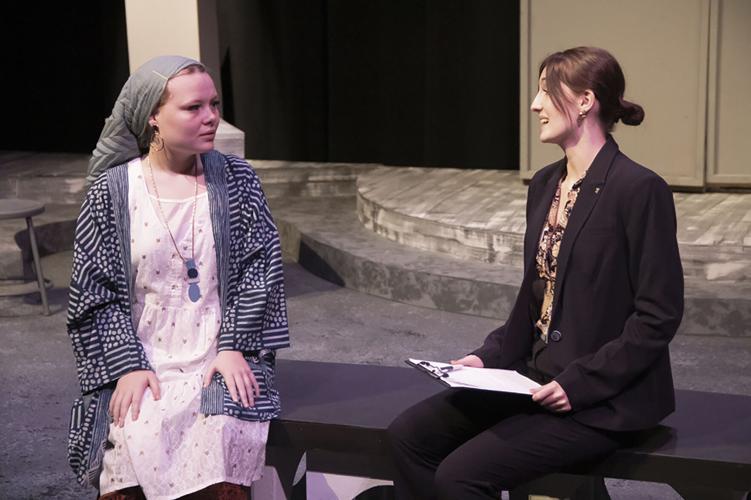 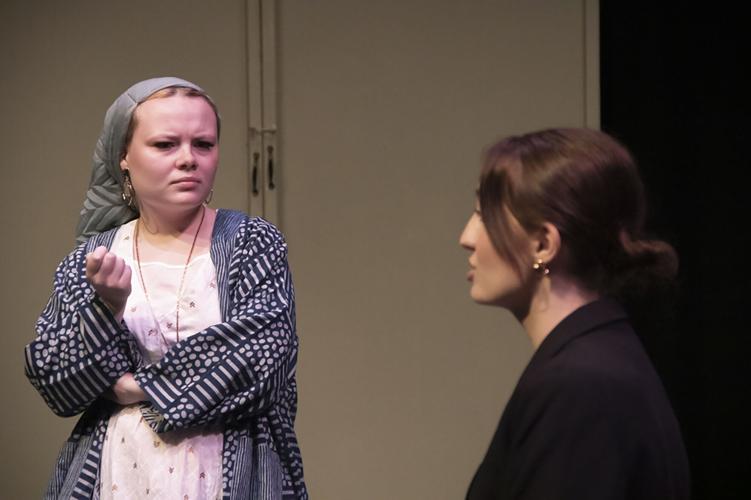 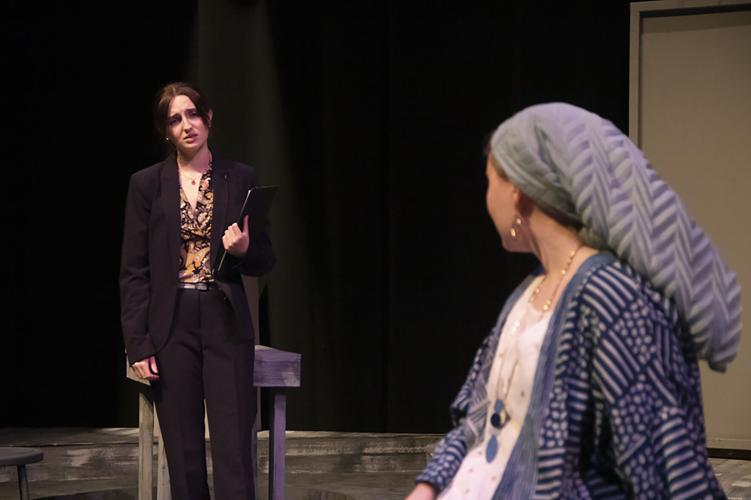 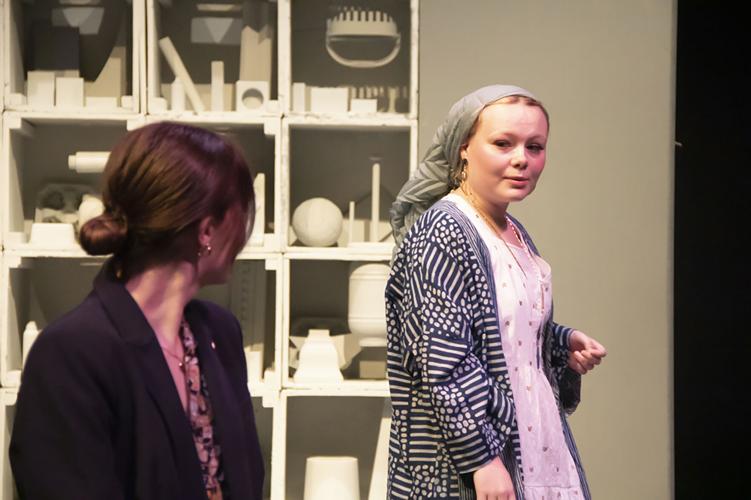 Two undergraduate actors “occupy” the stage during the production of “Occupant”.

“Occupant” is a telling of the life of Louise Nevelson, through an interview she is giving after her death. The play is directed by Greg Carlisle, an MSU professor who has taught theater for over 20 years.

“There’s an opportunity for a lot of growth,” said Carlisle. “Just learning to be able to do a large amount of work in a short amount of time and have it come together so well makes you feel a great sense of accomplishment, both onstage and off.”

The play featured MSU sophomores Summer Little as Louise Nevelson and Isabella Skaggs as the Interviewer.

“Occupant” centered around Louise Nevelson, a Jewish female sculptor, and the highs and lows that accompanied her life. It is an intimate, two-person play which flows like a conversation.

“I really liked that it tells the story of a woman and her journey, and how difficult it was for her to succeed in her field because she was a woman,” said Little, who has been performing for over three years.

Little and Skaggs believed that this play has themes that the audience can take home with them.

“I think it’s important to embody your confidence and embrace your insecurities and to take risks no matter what you think might be holding you back, or no matter what people have told you in the past,” said Skaggs.

The offstage crew for this production consists of several undergraduate students and professors, including junior Kaylee Kilgore, the set designer for “Occupant”. Kilgore, who is new to theatre work, believes that work behind the scenes of the productions MSU presents are just as wonderful as the onstage life.

“I just feel like theatre is magical,” said Kilgore, “I was going to do acting but after I got to see the technical elements, I realized I love being behind the scenes and making everything happen.”

The productions at MSU have allowed Little and Skaggs to feel like they have grown and developed both in their career and personal lives.

“I didn’t have a lot of opportunities at home, so I always had to go travel to other places and theatres to do it. Here, it allows me to do it at school,” said Skaggs, who has also been performing for over three years.

Tickets for this production can be purchased by calling (606) 783-2170 or by emailing mtd@moreheadstate.edu. Tickets start at $11. Productions are free with ID to MSU students.