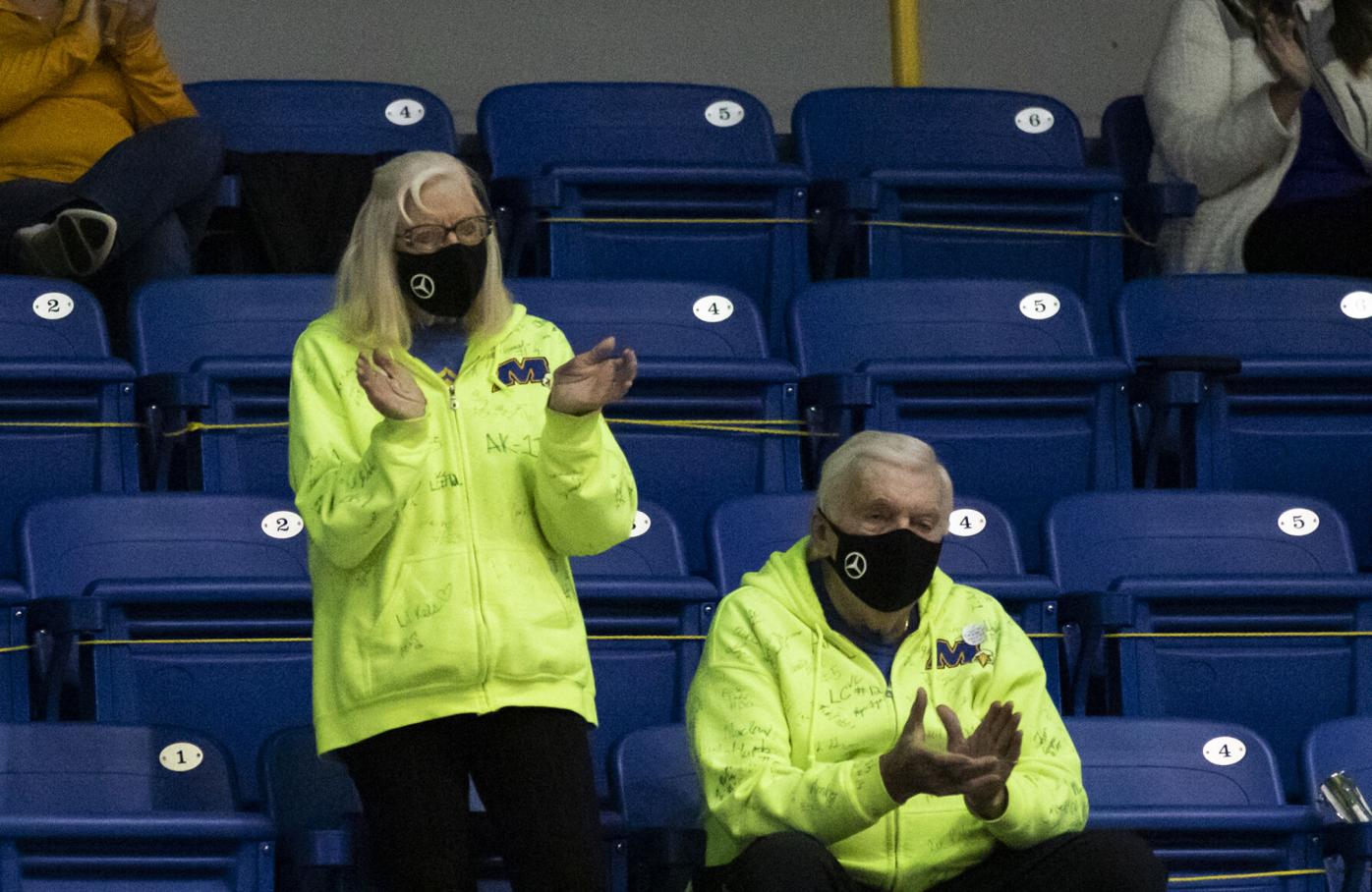 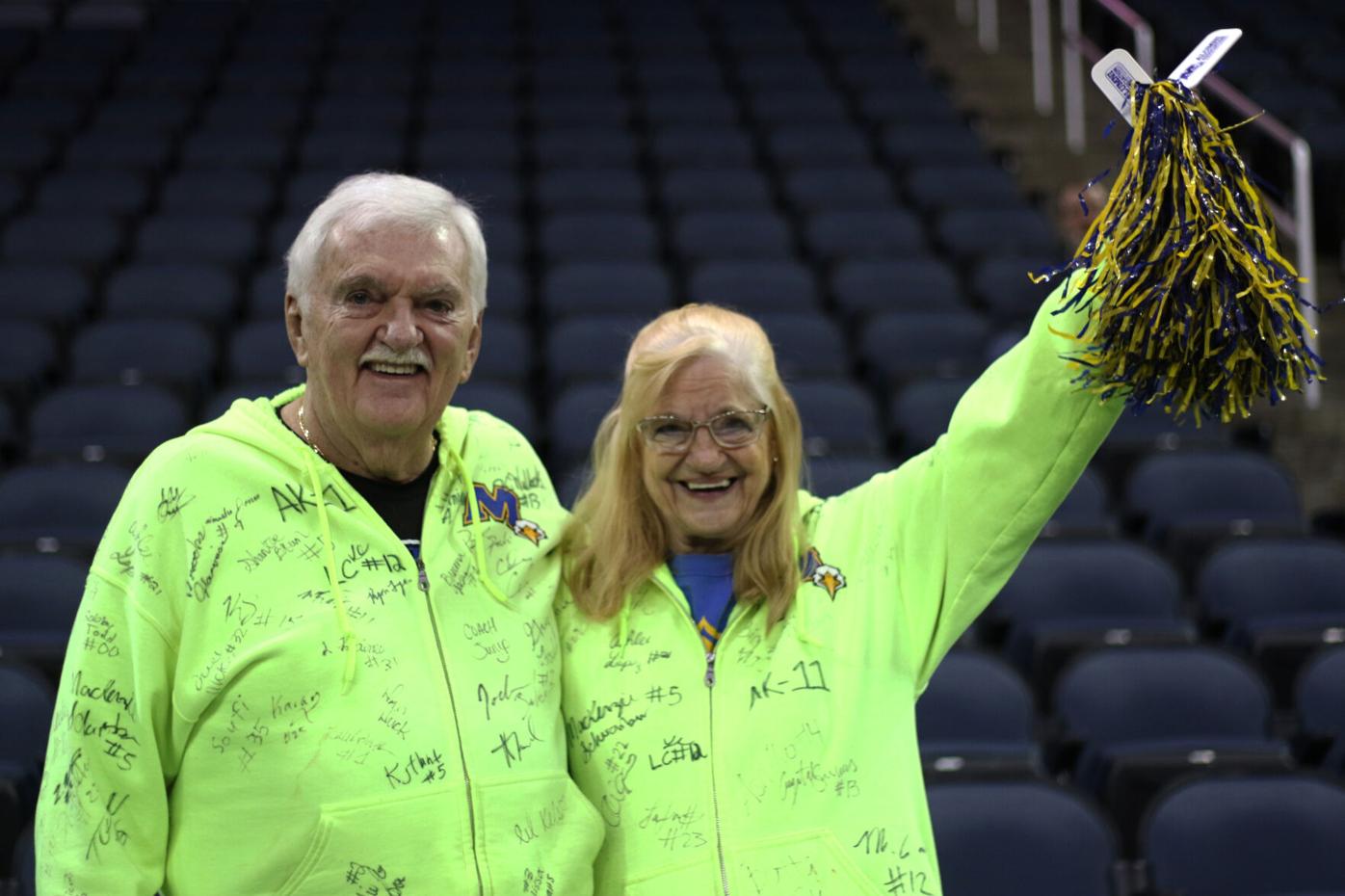 Rocky and Barbara Niemeyer met at Morehead State University several years ago when Rocky attended graduate school and Barb was his professor. Rocky, 79, and Barb, 82, began attending sporting events when they first started dating and have continued the tradition well into their retirement because they consider Morehead their home.

“MSU means family even though it’s just the two of us,” said the Niemeyer’s. “We feel like we are family here, it’s just a homey-type situation. I can’t wait to get here because it’s like a bunch of grandkids running around.”

The Niemeyer’s used to attend all athletic events but now prioritize indoor sports and occasionally softball, but they’re most recognized as the basketball superfans. They are very well known by all the coaches and players.

“We go to all the basketball games,” said Barb. “We haven’t missed a home game in about 25 years for the men or women.”

Rocky missed one game last year due to a knee surgery, but his support for the players lived on in the stands.

“I had my picture on a yardstick and [Barb] draped [my neon jacket] over top of it and put my head on the top,” said Rocky. “People thought I died.”

Before the pandemic, coaches had invited Rocky and Barb to join the team when they go out-of-state. The Niemeyer’s have gone to California, Florida and the Bahamas to support their team.

The couple has even designed their own MSU gear to wear to the games to show their support for the players. They’ve since created the tradition of allowing athletes to sign their neon jackets.

Due to Covid-19 restrictions, the tradition has come to a halt.

Rocky and Barb enjoy coming to the games to be a constant source of support for the athletes, especially those whose parents cannot make it.

“When you get involved with the kids, and know them personally, it makes it better coming to the games,” said Rocky.

“I’d say we’re the self-appointed grandparents for the players,” said Barb. “We love every one of them.”

They also kept in touch with several of the players that have passed through MSU. The Niemeyer’s believe that their dedication to the game and unconditional support for the players makes them stand out from other fans.

“Some people just sit there, but that’s not us,” said Rocky.